We take your legal matters personally.™

We take your legal matters personally.™

"I really appreciate you taking care of everything for me and making it as easy as it could be for me. You are very nice, and made me feel very comfortable. I will definitely recommend you in the future."
- Janet Rock
MORE 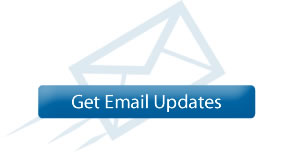 It’s Not Fair, Was There Undue Influence in Drafting a Will?

Your relative (the decedent) died and left a will. The distribution of the decedent’s estate under the will is different from what you thought it would be. Maybe it excluded you completely or severely minimized your share. That can cause anger and resentment and can feel unjust. But the real question is if that was the decedent’s wish or was the decedent influenced in any way. Can a legal claim be made for undue influence?

For undue influence to exist, there must be a motive, opportunity, and an actual exercise of undue influence. Some of the ways to establish the actual exercise of undue influence are showing that the alleged influencer was involved in planning and execution of the will, suggested changes and took steps to secure those changes to the will, and acquired the original will. Often, there is a confidential relationship between the decedent and the influencer, and in such a case, the transactions between them will be scrutinized very closely by the court.

The highest Court in New York has noted, "a strong-willed individual is not immune from undue influence and evidence that decedent had the ability to make choices and exercised some control over her financial affairs is not dispositive as to whether her actions were taken free of improper influence and manipulation..." Kotsones v. Kreopolides (In re Kotsones), 37 N.Y.3d 1154, 181 N.E.3d 547, 160 N.Y.S.3d 192(Mem) (N.Y. 2022). Essentially, this means that just because an individual had the ability to make choices and control his/her finances, doesn’t mean that there is no undue influence.

Whether undue influence exists will be determined by the facts and circumstances surrounding the drafting and execution of the decedent’s will. It is a legal inquiry and has to be done objectively and through the clear standards set by the courts under New York law. Hurt feelings and unfairness, however genuine, cannot be the basis of contesting the will on grounds of undue influence.